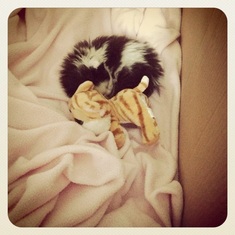 Oreo was found along with his sister Patches by my sister and brother-in-law in his parent's back yard one summer day. Alone with no Mom, my brother-in-law waited around all day watching to see if the kittens mother would return for them.  Unfortunately, after many hours of waiting, no mother came for them and so my brother-in-law decided to bring the kittens home and care for them.  The kittens were both quite small and needed to be bottle fed and helped to go to the bathroom.

Both my sister and brother-in-law cared for them for three days time up until my sister's allergies became too severe. The moment that I had seen the pictures posted of the two kittens on my sister's Facebook page, I told her that if they needed a place to stay they could stay with me. I work from home as a Children's Illustrator and was available to be around to take care of the kittens.  After putting up with her allergies for three days, my sister was no longer able to keep the kittens.  She called me and I immediately accepted to take them and my brother-in-law brought them over.  I checked them for fleas upon entering the house and had already arranged to bring them to our local animal refuge. However, once meeting them and confirming that they did not have fleas, I decided to keep them and care for them while I tried to get them both adopted.
Inquiries about the two kittens came almost instantly after posting pictures and a video of each one on Facebook. Patches was immediately adopted by one of my childhood family friends.  She was to be a gift for my friend's father-in-law who lived alone in a small apartment in the city. I agreed to keep Patches for six weeks time, up until she no longer needed to be bottle fed.  Oreo was half the size of Patches and Patches herself was quite small.  Both kittens were able to fit into the palm of your hand.  Patches was quite feisty and strong and in the weeks to come she became very protective of her brother Oreo. Oreo on the other hand was extremely weak, didn't meow at all and had trouble feeding.  If anyone were to adopt Oreo, they would have to have the time and know-how to care for him adequately.  A couple of days passed and I received an inquiry from a girl who's sister's cat had just lost her litter of kittens. The mother cat was still full of milk. This seemed to be a Godsend and was the perfect solution for Oreo.  Being with a mother cat who could properly care for him would be the best thing.

The next morning, my ex-husband woke to get ready for work and before leaving, he checked on the two kittens asleep in their boxes. I got up right afterwards and went to check on the kittens and prepare their morning bottle. To my horror, I found Oreo lying face down in his box. He was not breathing. There was diarrhea all over the box and all over him. I picked him up and quickly checked for a heartbeat. His heart was still beating, but very faintly. Not a breath was coming out of his nose. I tried my best not to panic, it was too early and my veterinary clinic was not yet open. There were no animal hospitals close by either.  I had been trained in First Aid and CPR years ago... But for humans, not cats! Then I remembered... I had seen something on TV the week before showing how to perform animal CPR and mouth-to-nose on pets. I put Oreo on his side on the floor, checked for airway obstruction, extended his little teeny neck and began to breathe into his nose while keeping his mouth closed. After what seemed like forever, a small snort and a breath came out of him... he was breathing again! I washed him off in warm water and wrapped him up in a warm blanket. I called my ex-husband crying and told him that I thought Oreo was going to die. He said that when he checked the kittens that morning, Oreo was lying in the litter box. He moved Oreo over and thought the kitten was sleeping, but had a weird feeling. I called my veterinary clinic and left a message asking if I could bring Oreo in as soon as possible. Thankfully, the nurse was there early, she answered and told me to bring him in immediately.

The nurse took Oreo in right away and placed him in a warm blanked that sat on top of pairs of rubber gloves that she had filled with hot water. The nurse did her best to care for Oreo while awaiting the arrival of the veterinarian.  The clinic graciously put aside other morning appointments to give Oreo's situation top priority. Oreo spent the day at the clinic and came back to us that evening. After this whole ordeal, I decided to keep Oreo.  My home then became his forever home.

It took many of the following weeks to bring Oreo back to full health.  He and his sister both had a parasite which caused them both to be ill. However, Oreo's sister Patches was strong enough to fight everything off quite quickly.  For Oreo, the process was quite long and slow. Many weeks were spent giving him intensive care and attention, which included feedings around the clock.  This resulted in many nights spent with little to no sleep until Oreo pulled through.  I am happy to say that he is now a healthy and happy cat!

Oreo has changed my life forever and brought me endless joy and laughter.  My life would not be complete without him.  He is a very special cat.  Oreo has brought out the best in me and has inspired me to be creative in ways I never thought possible. Welcome to his website! 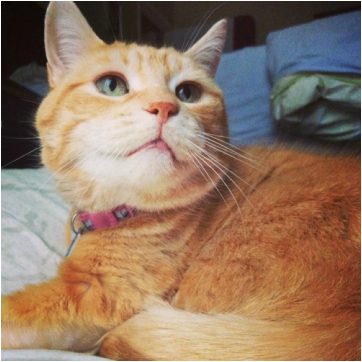 Sunshine (2000 - 2019)
Sunshine was adopted from the SPCA in Montreal in June of 2000.  A couple months shy of a year old, Sunshine was badly nourished, bony and small. She needed extra special care!  I instantly fell in love with her when sashayed out from her hiding spot behind the litter box inside of her cage. Hiding from everyone that walked up to the cage except me, I knew right away we were meant to be together.

Sunshine had a rough start when she first came to stay with me.  Two weeks after bringing her home, Sunshine had a miscarriage on my bed in the middle of the night. I had no idea that she was even pregnant as she was so tiny.  I rushed her to the animal hospital at 3 am only to be told that they could not take her if she was from the SPCA.  I returned home with her and phoned the SPCA and left them a message as to the night's events.  When they received my message, they phoned back and told me to bring her in immediately. The SPCA kept Sunshine for a week.  They wanted to be sure that the miscarriage was properly handled, and then they spayed her afterwards.  I visited her every day and prayed that she would come back home to me in good health.  Well... she did! She has been my ray of sunshine since the moment that I met her. Through the years, she has been my very best friend.

Sunshine crossed the rainbow bridge on February 12th, 2019. She was almost 20 years old. 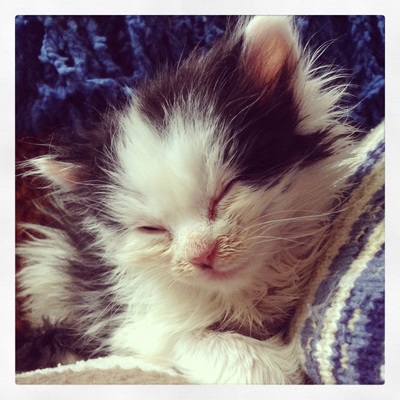 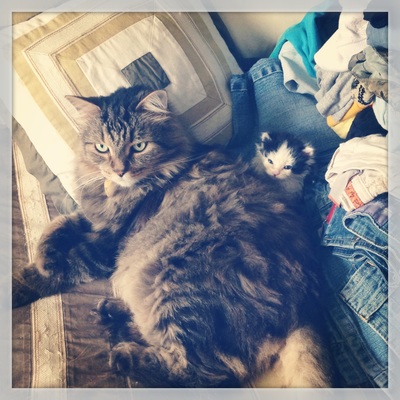 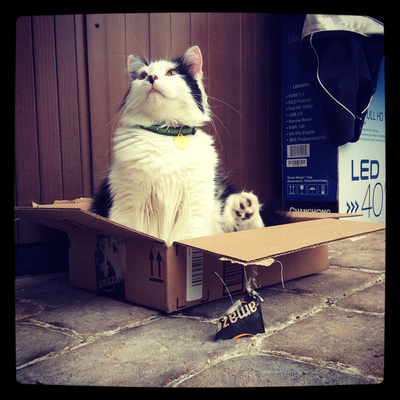 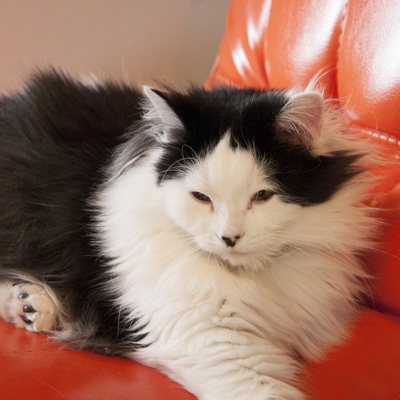 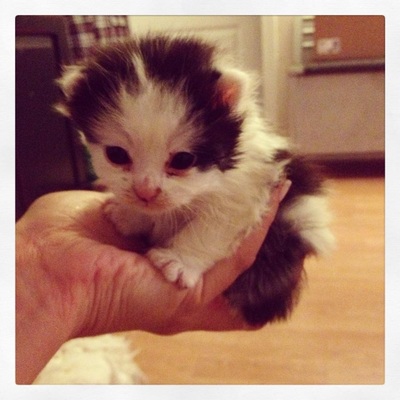 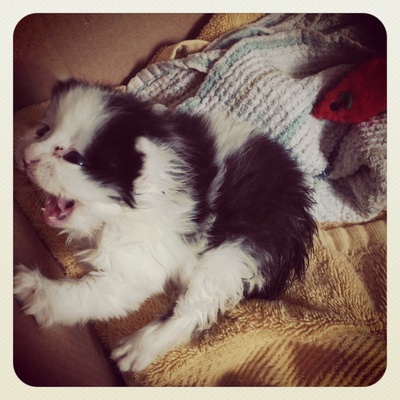 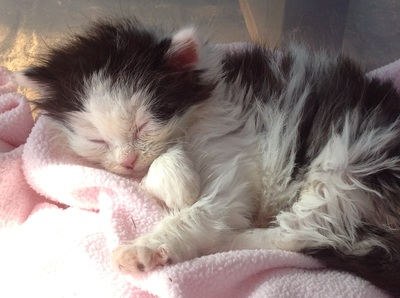 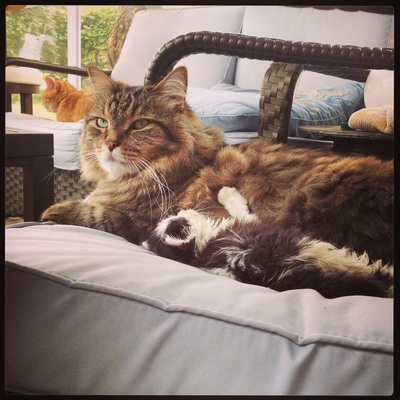 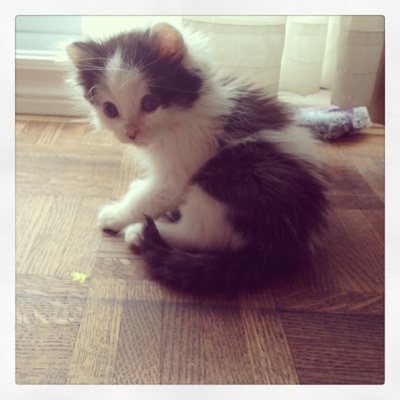 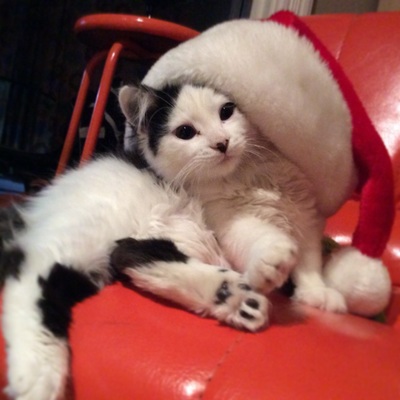 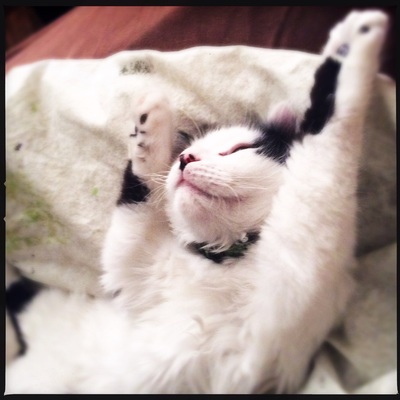 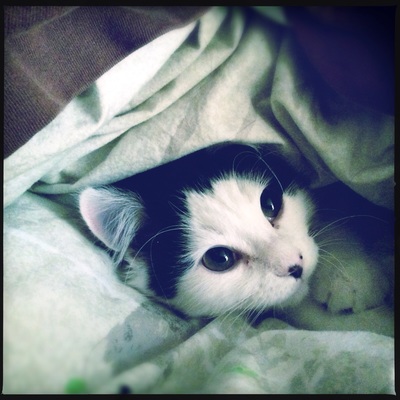 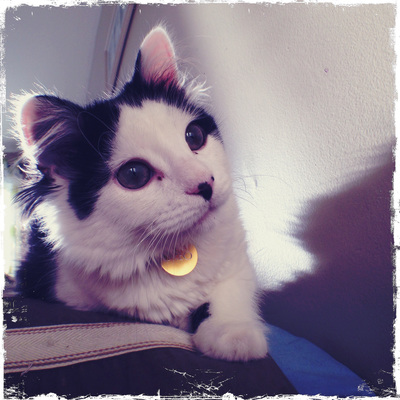 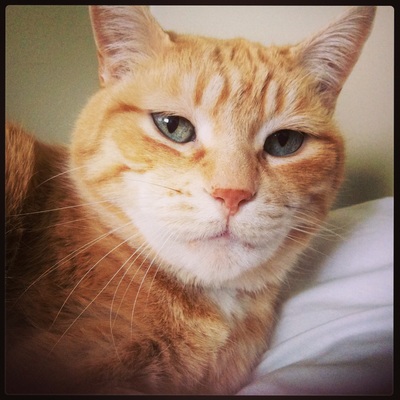 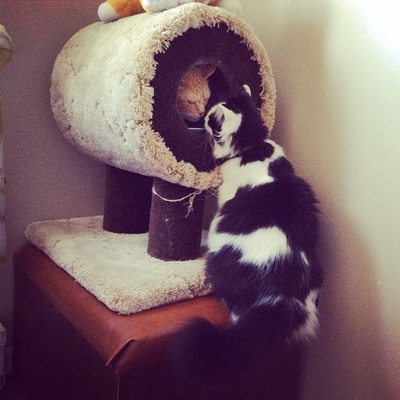 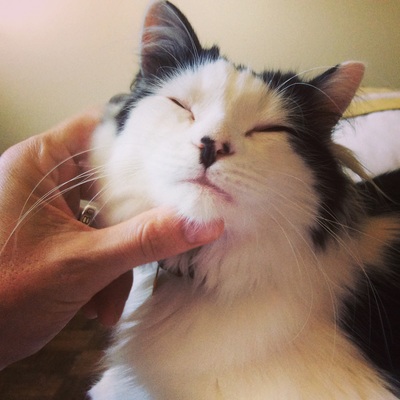 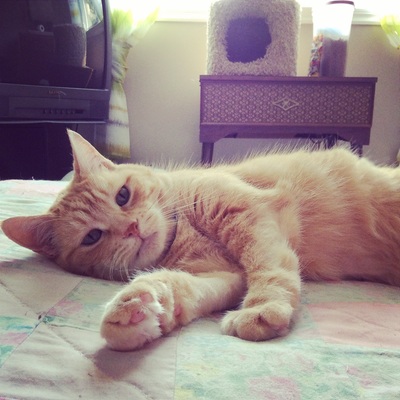 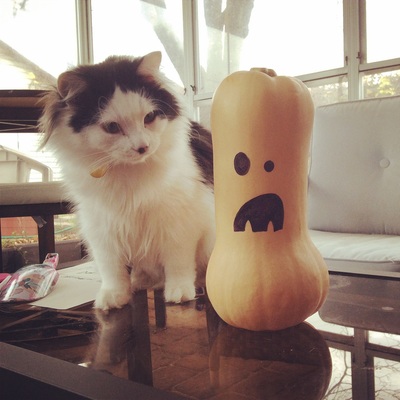 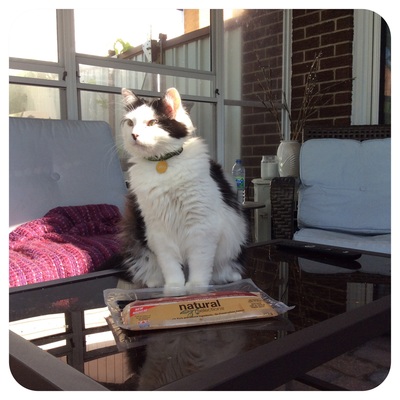 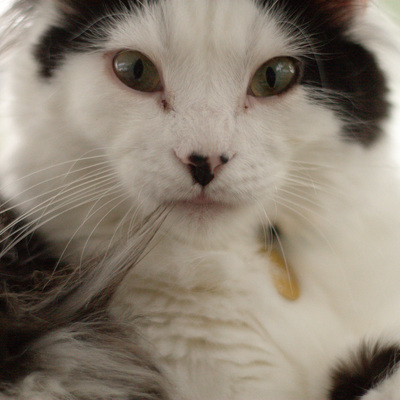 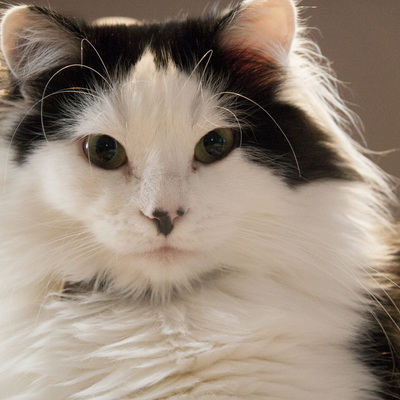 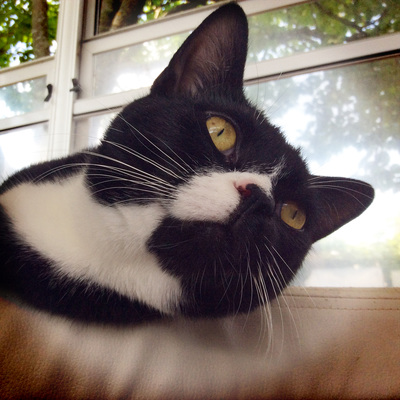 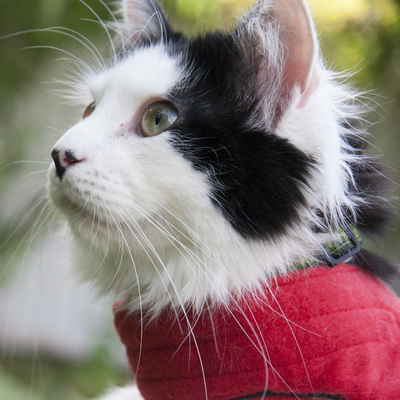 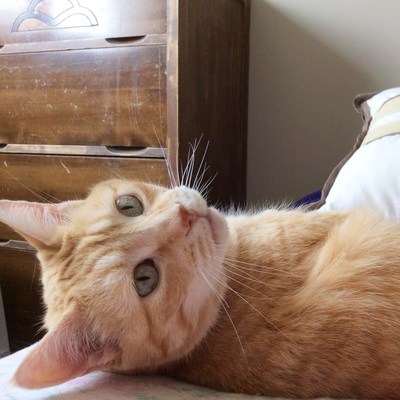 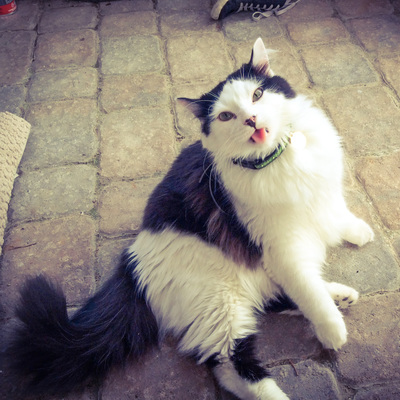 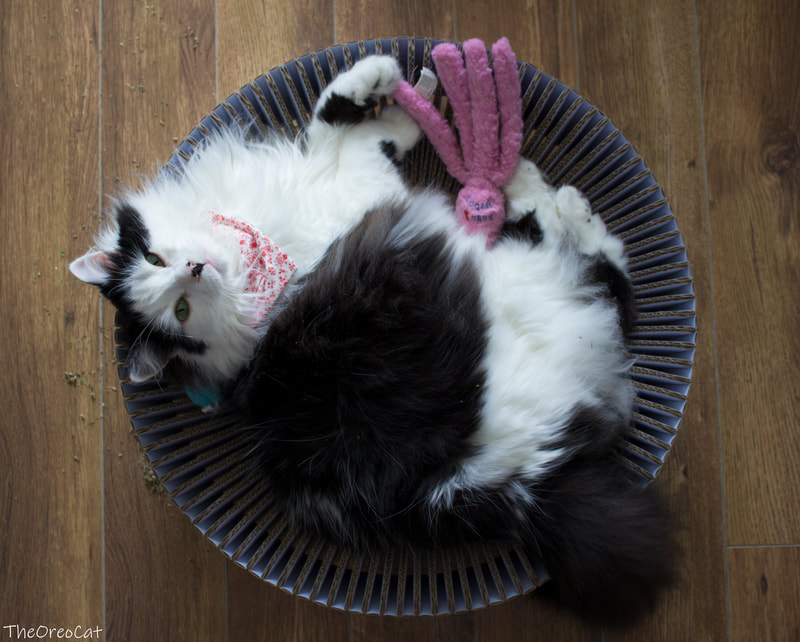 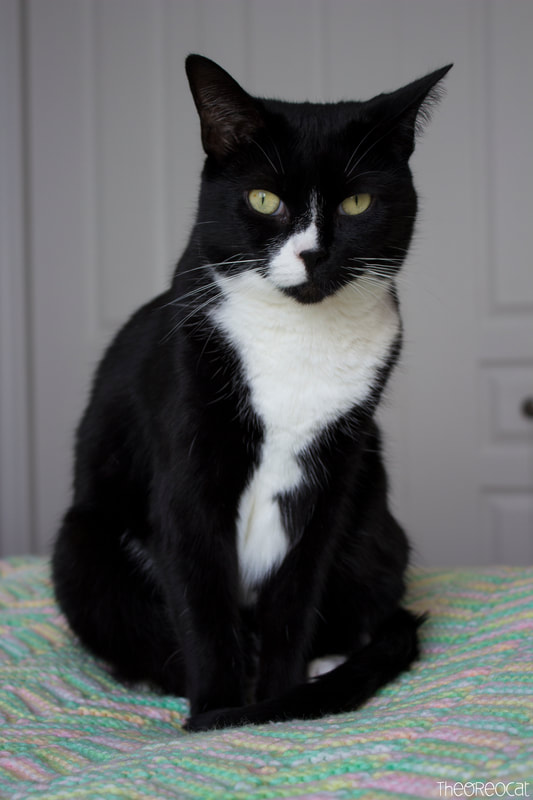